SURREY, BC – Buyers of Fraser Valley real estate had significantly more inventory to choose from last month due to a record-breaking volume of new listings received for the month of February.
The Fraser Valley Real Estate Board (FVREB) received 3,742 new listings in February, an increase of 75.3 per cent compared to January, and an increase of 14.6 per cent compared to February of last year. The previous highest February for new listings was 3,283 in 2016. 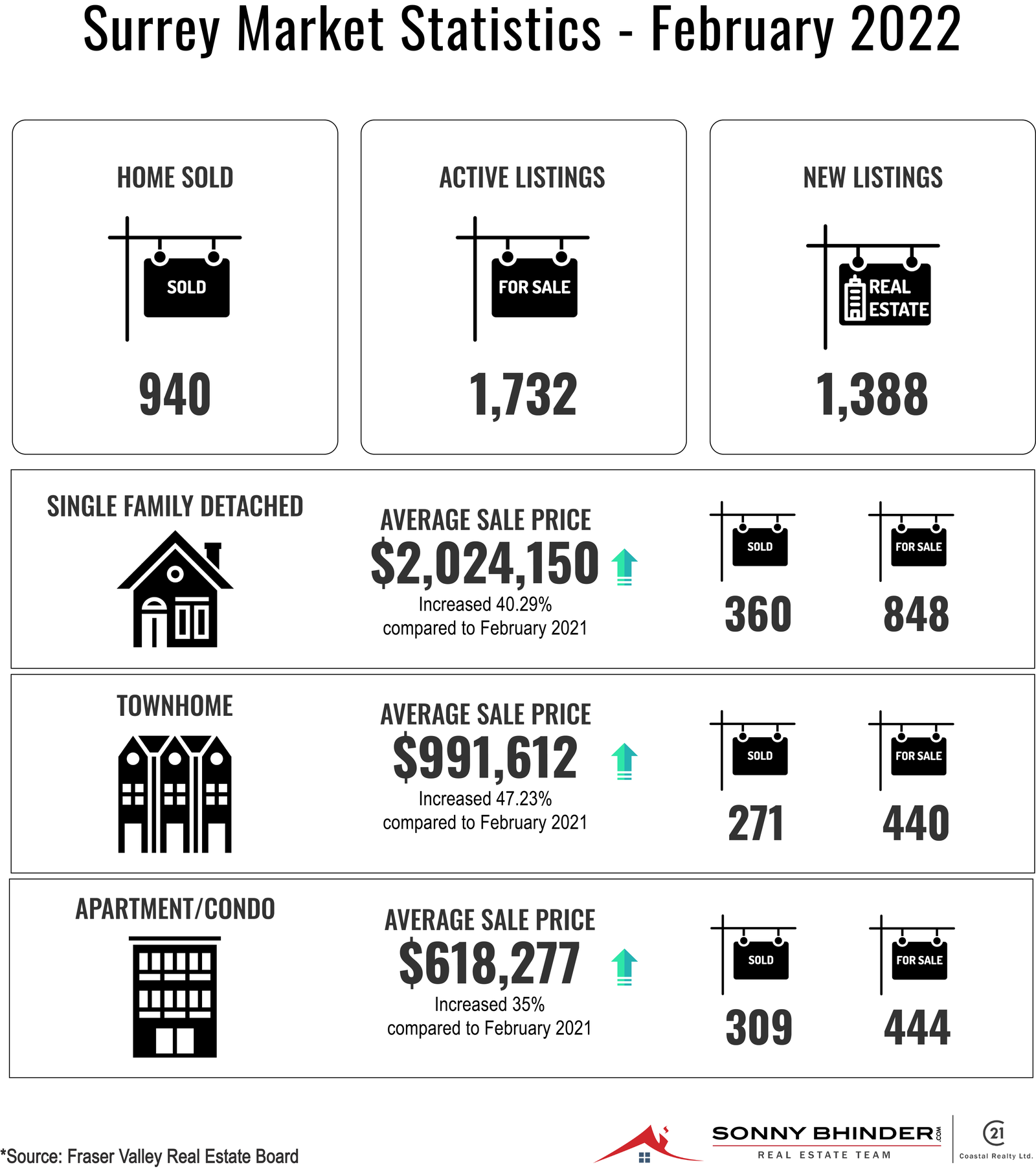